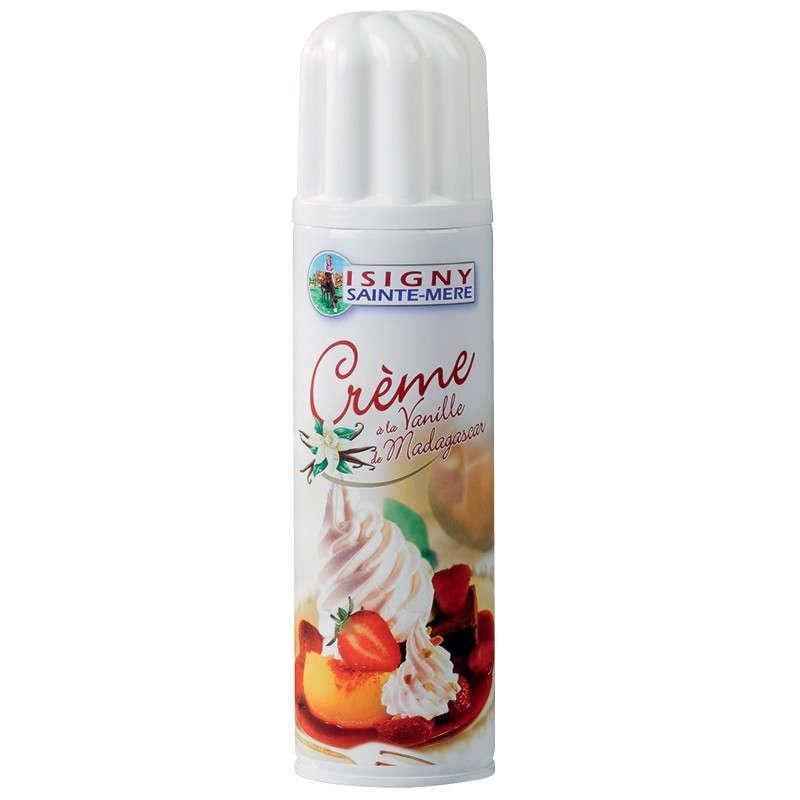 With cream that has matured for between 16-18 hours, this Aerosol Crème with Madagascan Vanilla has the same quality you would except from Isigny Sainte-Mere in a easy to use product.

The Aerosol Cream with Madagascan Vanilla comes in 250ml bottle.